Blaze Rush is a mercenary desperate for a job. In search of an easy payday he follows a distress beacon to the surface of a dangerous planet and the remains of an ancient crash site. There he finds a mystery that will test his strength, his resolve, and every gun in his arsenal. Zombotron features an arsenal of weapons and armor, enemies that hate each other as much as they hate you, and really nice explosions for an experience that’s out of this world. Why go for headshots when you can drop a zombie down an elevator shaft? Or crush them beneath a pile of rubble. Or set of an elaborate daisy-chain of dynamite around them. Or run them over in an ATV. Or... you get the idea.

Zombotron began life as a popular Flash action platformer series, but that wasn't the end. This newest iteration in Ant.Karlov's Zombotron series will feature more enemies, environments, guns, and bloody giblets than ever before. In its Steam debut, Zombotron has had immense success in Greenlight and will be releasing in 2019. 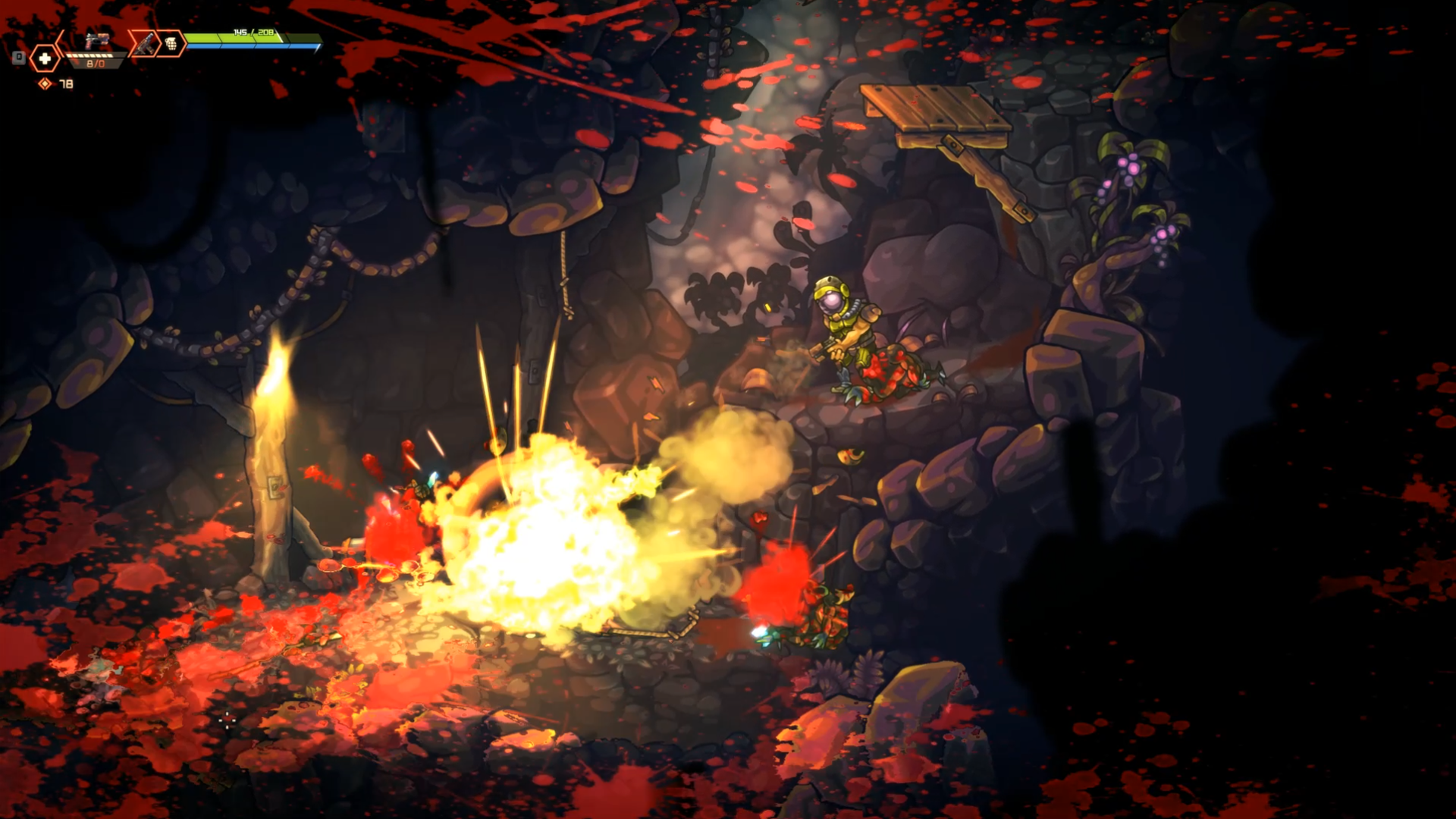 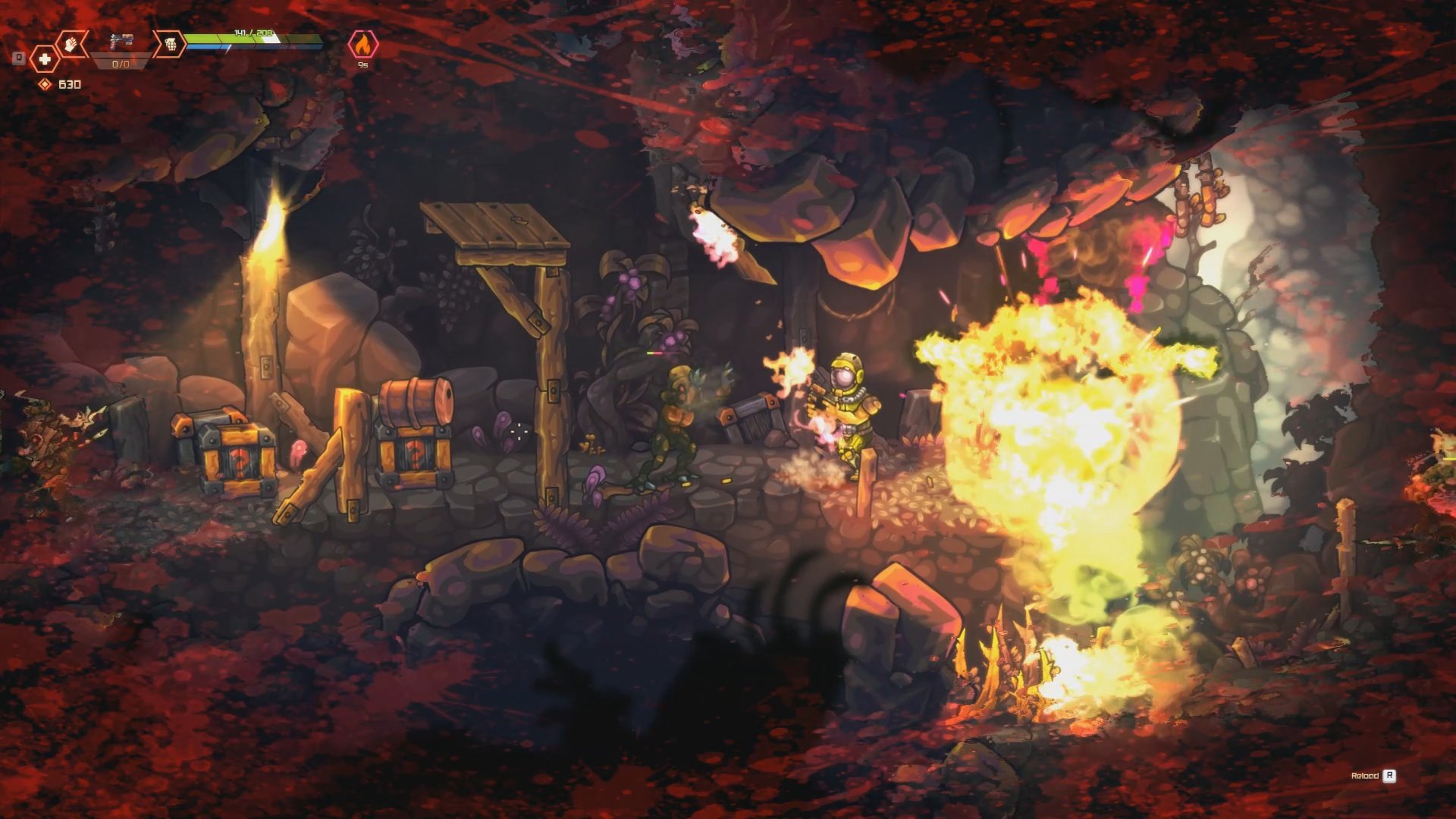 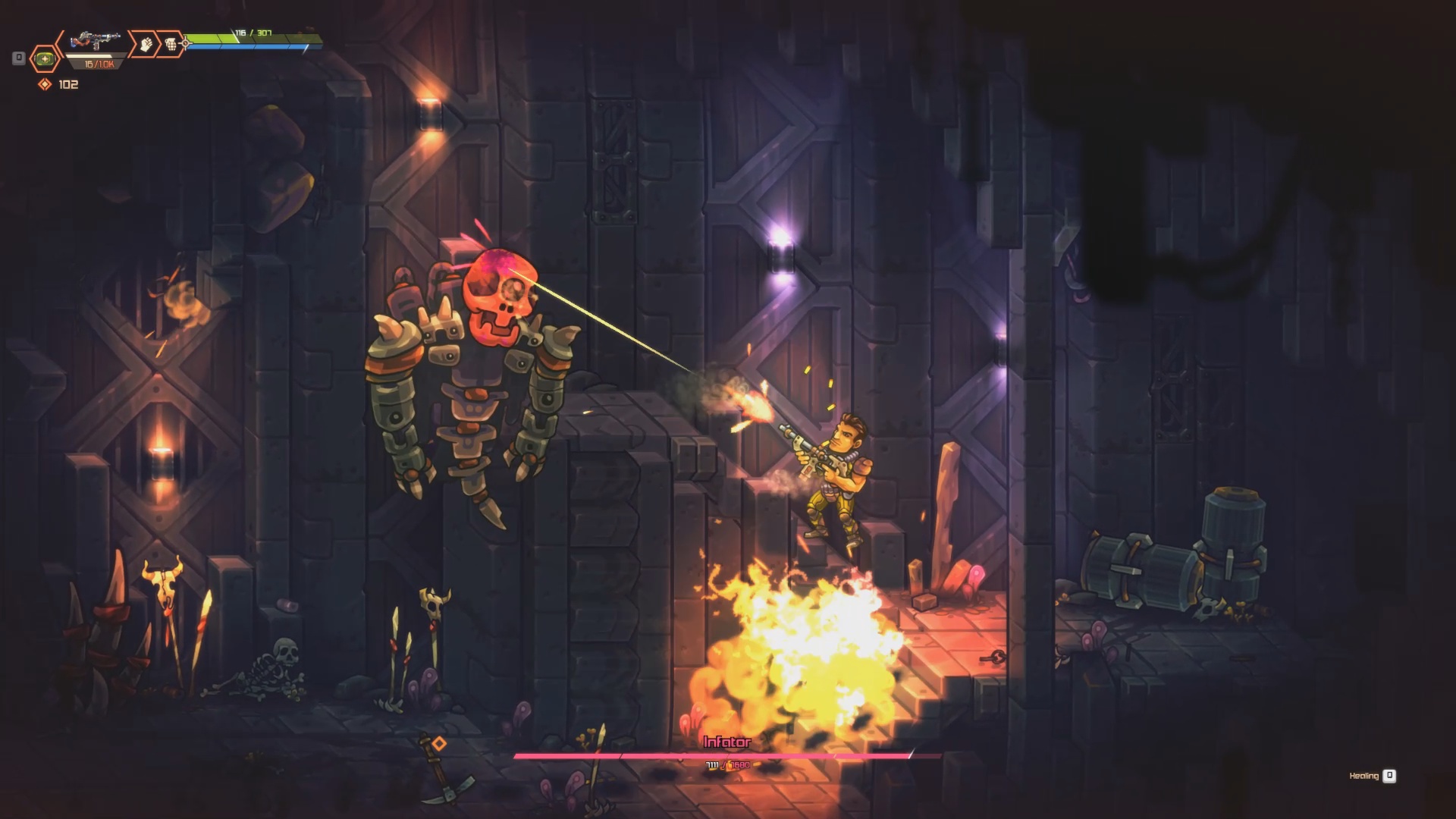 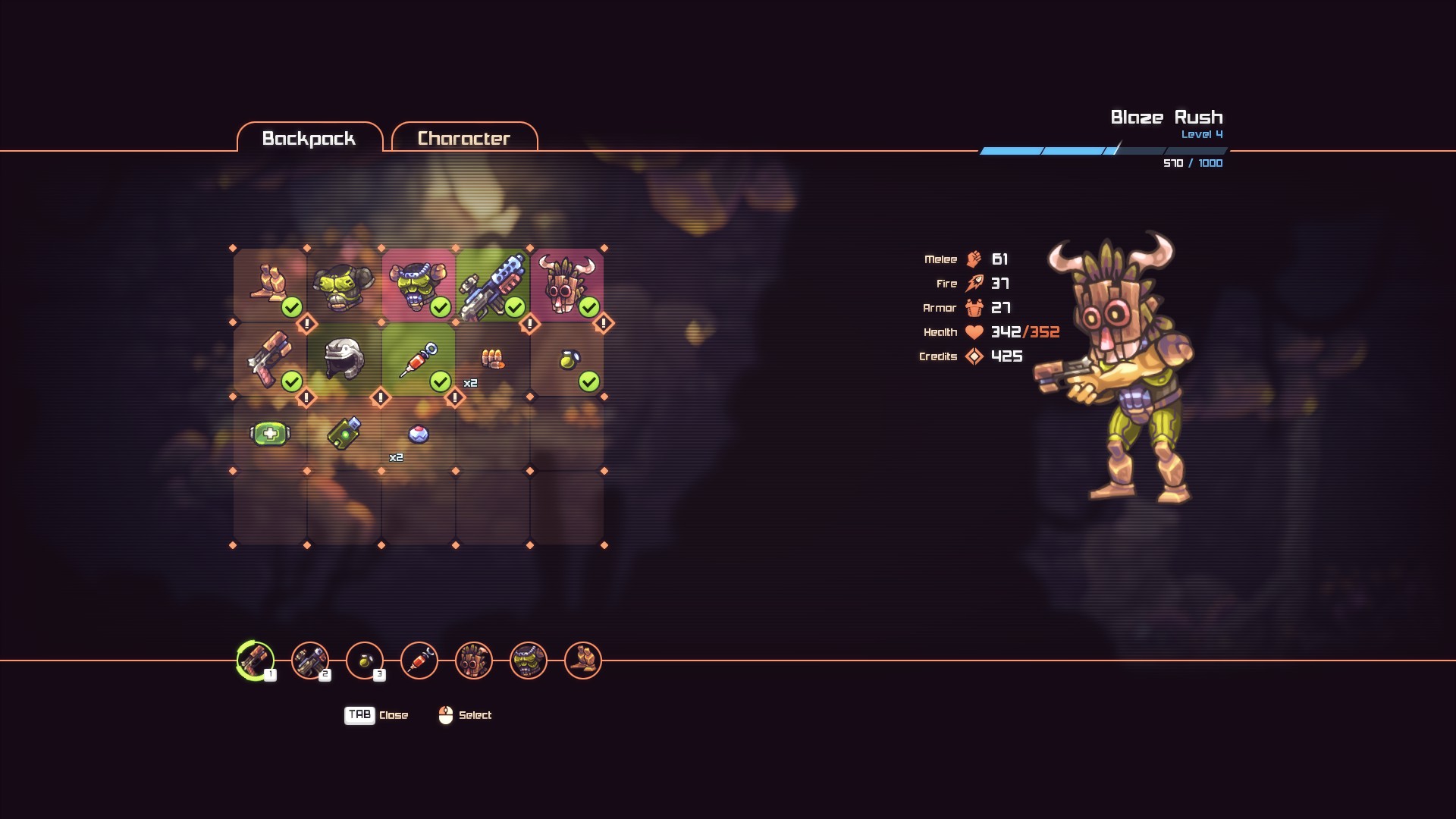 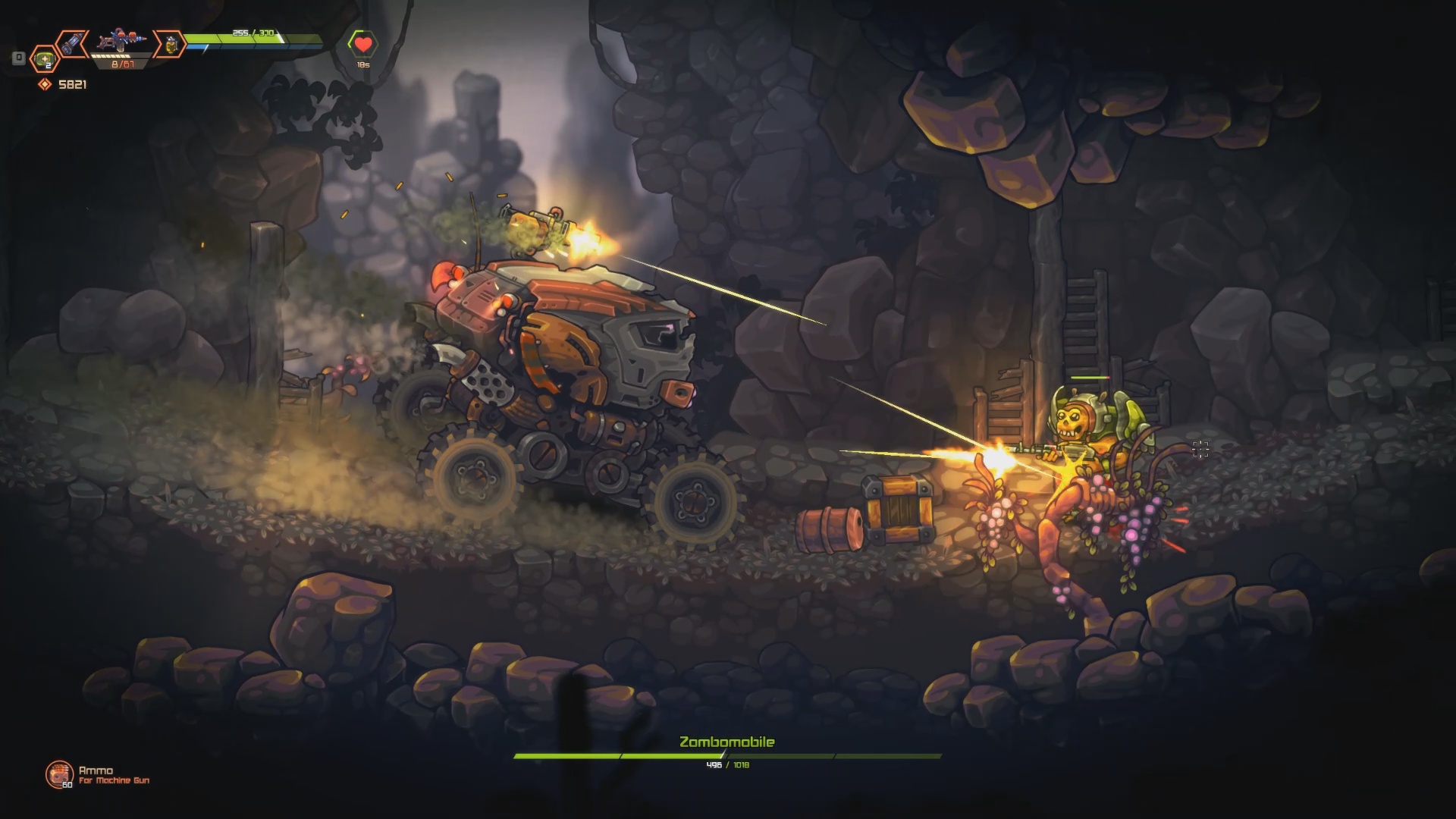 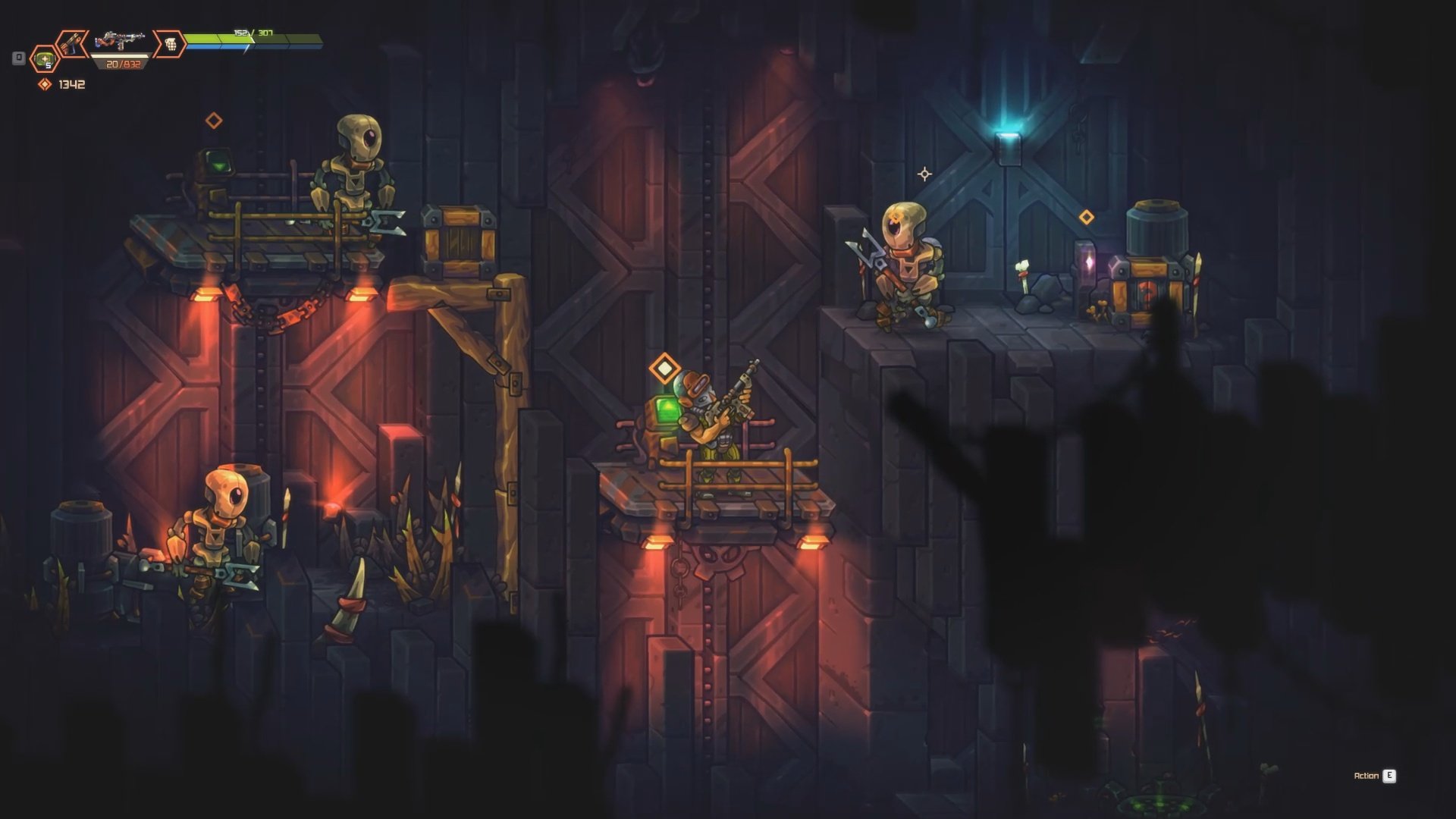 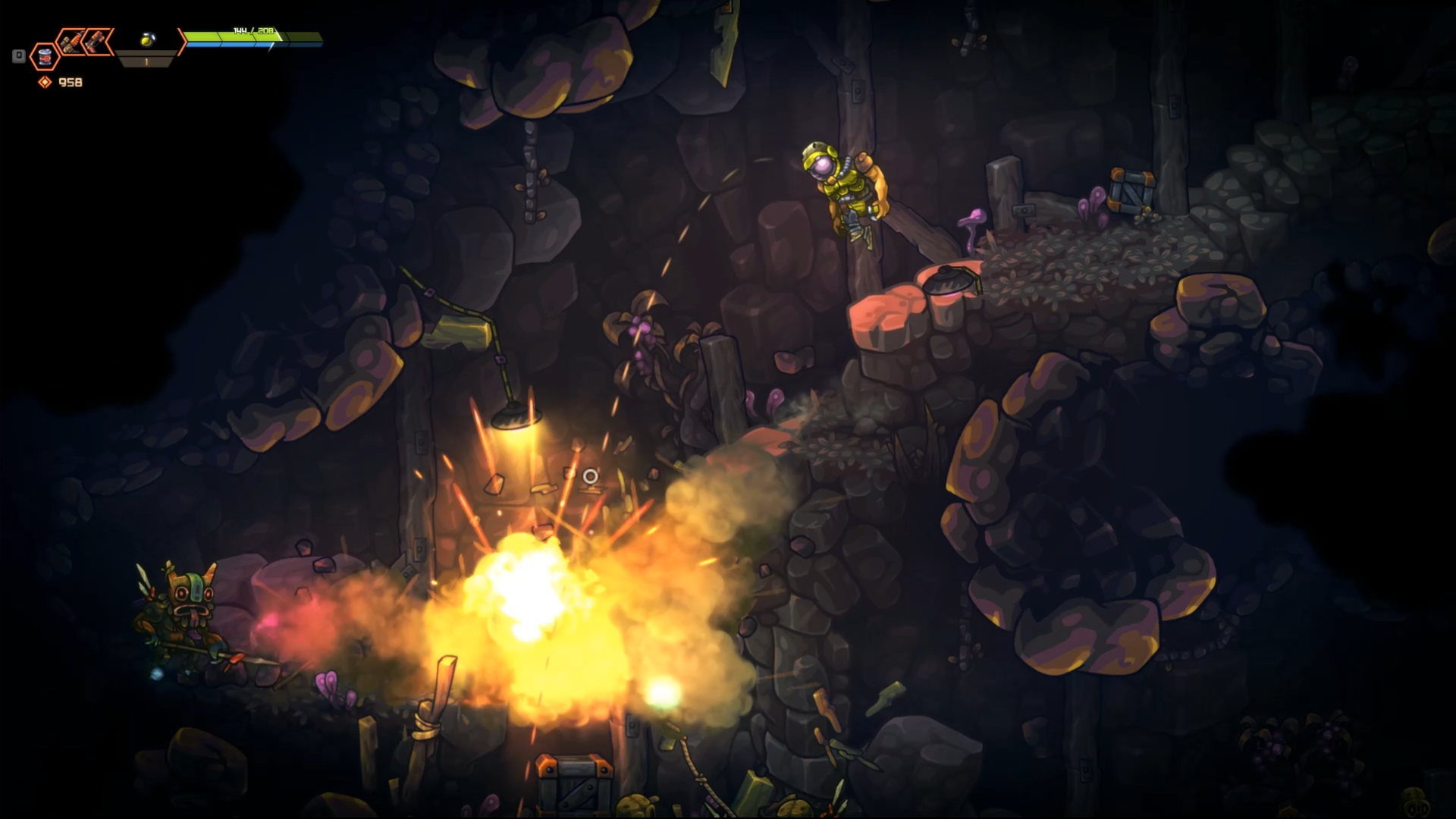 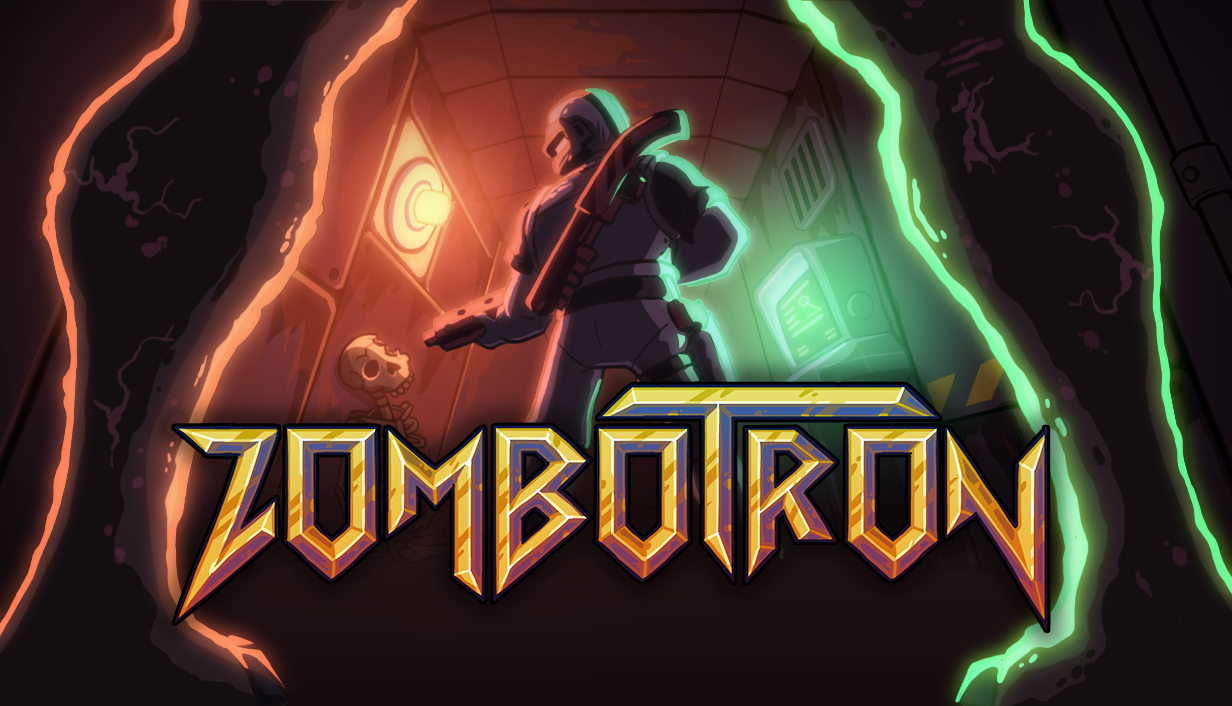